In the early days of the patrol, academy training was conducted wherever space was available, including Bradenton, Kissimmee, Panama City and Fort Walton Beach. The FHP used whatever resources and facilities were available to make sure the academy produced the best troopers possible.

We Finally Found a Home

In 1966, the FHP found a more permanent home in Tallahassee at a brand new facility, complete with a gymnasium, classrooms, cafeteria, dormitories and an indoor firing range.

For nearly 40 years, FHP recruits trained at the “old academy” at 2908 Ridgeway Street in Tallahassee. Over time, though, it became clear that new training requirements would require a new facility and a new home.

Moving Into the Future 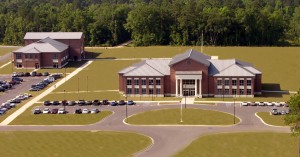 In December 2005, the members of the 111th recruit class helped move furniture and equipment from the academy building in Tallahassee to its current home at the Florida Public Safety Institute. They became the first class to graduate from the “new academy.”

The FHP Academy at the FPSI is a state-of-the-art facility that includes a mock courtroom, mock dispatch center, driving track, dedicated defensive tactics building and firing range. Academy staff continues to explore ways to use the facility to its fullest potential and to use the latest technology to deliver the best training possible to Florida’s future troopers. 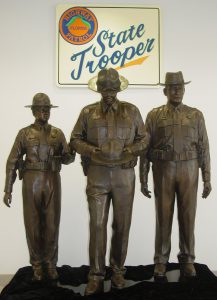 Regardless of where the academy is located, the FHP tradition lives on. The FHP continues to play an integral role in shaping the troopers of today and building the leaders of tomorrow.

The Tie That Binds

The academy remains the central, unifying point for troopers across the state and across the ages. It is the tie that binds, and every trooper who wears the uniform today was first an academy recruit. The academy holds a special place in every trooper’s heart. It is the stepping off point to a new and rewarding career and a place where lifelong friendships form, recruits are built up and troopers are made.